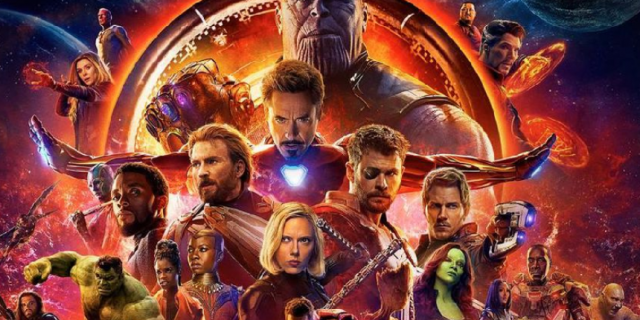 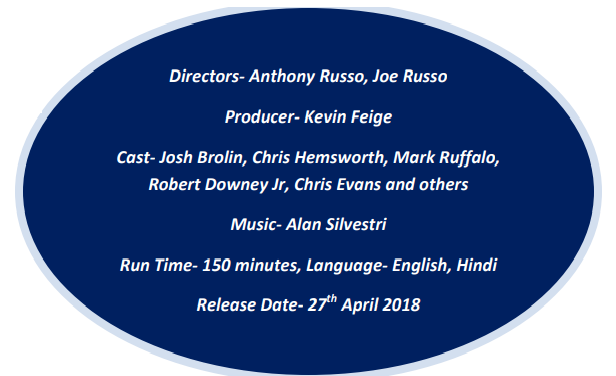 10 years of Marvel Cinematic Universe has brought us to the Infinity War where Marvel’s biggest villain is seeking all six infinity stones to destroy the universe, with a snap of his fingers. With 24 superheroes gathered up to compete the strength of Thanos, the film is everything viewers have expected.

Two parallel plots drive Avengers: Infinity War. Thanos, the Mad Titan, as played by Josh Brolin, is the tissue that binds these parallel storylines, driven by an almost inexplicable thirst for power. He is desperate for love and obedience; a wrathful being who is quick to punish, all the while convincing himself that he is showing the mere mortals of Earth – a kind side of him. By killing humans, and every other weaker race in the universe, he believes that he is being merciful.

Avengers: Infinity War should have been a dark film which highlights the loss or losers. Rather, we witness a safe film, which actually offers something to everyone. This approach results in complete tonal disharmony, where we go from emotionally weighty scenes to the moments that have made only to make us giggle, but this eventually gives us many emotions. The imminent threat is very broad. The movie opens with a dark action sequence that drops us into the action so vividly it feels like we might have missed a reel. The film is neither a comedy, nor an optimistic, as it does not left the heroes hopeful, but the viewers will for sure.

The film clocks in at 2 hours and 40 minutes; lines up all its super-heroes and minor gods, some with changed facial hair, others with more wrinkles; runs havoc through the universe, including many, many planets and a few places on Earth. Director Russo realise the potential of having too many of their superheroes, all charismatic in their own persona, in one frame, and hence divide up the conflicts. But this division seems random, and how the characters all find their way to each other, eventually, after every clash, is left to be viewed. Still, the film fails to do justice to most of its heroes, with even Johansson and Evans struggling to register while Boseman is unnoticeable as well.  Robert Downey Jr. and Benedict Cumberbatch surprisingly have many memorable scenes to their credit.

The film’s strength is dramatic stakes for its complicated, easy-to-love characters, which renders the downbeat ending genuinely audacious. This would be overall magical and thrilling even for those who are nominally interested in the Marvel universe. 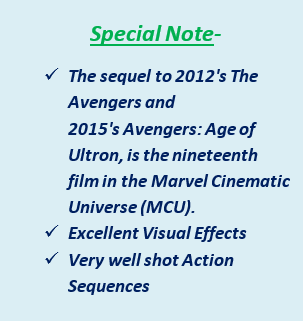