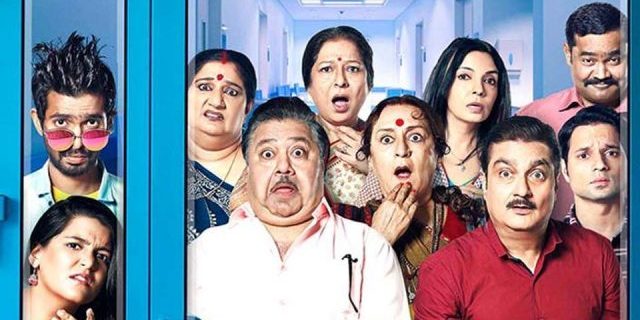 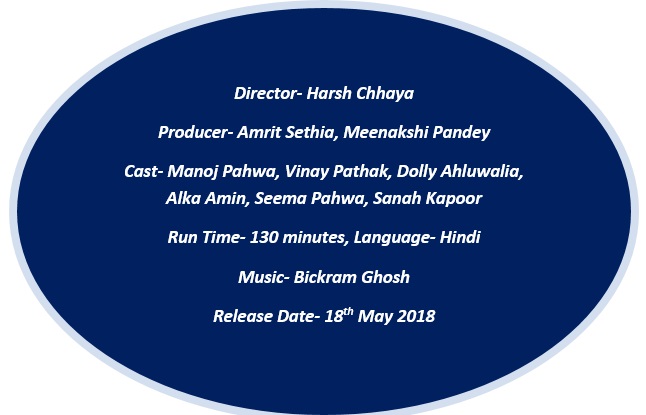 When Devendra (Birendra) is admitted to the ICU in a critical state in Mumbai, his siblings — Jeetendra (Manoj Pahwa) from Lucknow, Ravindra (Vinay Pathak) from Indore and Lalita (Dolly Ahluwalia) from Bhopal — rush to see him. They collaborate to console the patient’s distraught wife Kadambari (Alka Amin) who is always munching and chomping. Devender’s son Alok (Vicky Arora) and ever hungry wife, Kadambari struggle to get through their trouble as the over-dramatic family creates a noisy mess and tussle. As Jeetendra tries to cope with his brother’s life-and-death situation, his wife, Sushila (Seema Pahwa) finds a way to think about her daughter’s wedding, and a secret flat that Devendra has set aside. The siblings, along with their families, descend in the city of dreams with hopes in their eyes. Their families, however, have agendas of their own. Since they live in small towns, the city excites them and it is this that lands them in trouble a lot of times.

The family assembles in a hospital and wants to hurry things up because it is hoped that the property will pass on to his brothers and sister. Thus inheritance is causing rise in the impatience levels of the clan in the hospital lobby. Each relative turns out to be deeply self-serving: Ravindra is worried about a lucrative deal that is in danger. Lalita uses the moment to gush to everybody about the miracles wrought by the godman she follows. Jeetendra’s daughter, Nayantara (Sanah Kapoor), is happy to come along on the Mumbai trip so that she can fulfill her dreams of becoming a movie star. Her brothers Amit, Aditya and Deepak (Nabeel Ahmad, Daljeet Singh Gujral and Basu Soni) treat Mumbai as an Indian version of Las Vegas, which is filled with beautiful women. Ravindra’s wife, Anuradha (Sunita Sengupta) meanwhile finds all this gauche, and simply wants to head back. The film is a satire on the modern era family relationships.

Harsh Chhaya’s directorial debut Khajoor Pe Atke manages to furnish sequences that would deliver a situational comedy but is not consistent in containing the content for optimal impact. It also delves into the unspoken resentment that siblings sometimes harbor against each other. The director has presented a dark yet hilarious portrayal of a family in crisis, which is totally relatable in the current era.  With the star cast Harsh had, he could have made a classic out of it, but because of weak script, the plot becomes dragging. Entire hospital scenario becomes too repetitive after a point of time. The scenes often appear stereotypes of middle-class families from small towns, and fail to develop a connect.

Manoj Pahwa, Seema Pahwa, Dolly Ahluwalia, Alka Amin and Sanah Kapoor were the highlights in their respective roles. But rest of the cast has nothing much to showcase, including the fine actor Vinay Pathak. Harsh has done a comic cameo in the film, where he had made a fun of himself. There are few sequences in the film that makes you giggle, but otherwise the film remains confuse between portraying comedy and delivering emotional drama. 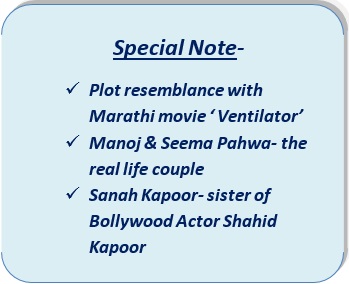