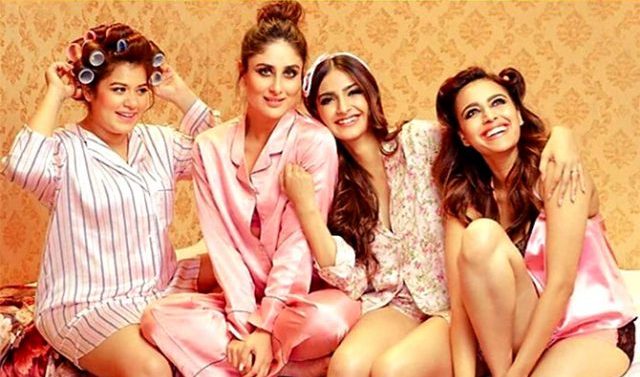 Kalindi (Kareena Kapoor Khan) is a commitment phobic and keep herself off the institution of marriage. But when her boyfriend Rishabh (Sumeet Vyas) goes down on one knee, she decides to take the plunge. The alliance also calls for a reunion with her childhood friends — Sakshi (Swara Bhasker), a NRI in a failed marriage, Avni (Sonam Kapoor Ahuja), a divorce lawyer who can’t wait to get hitched and Meera (Shikha Talsania), who is estranged from her family for marrying an American. How the story further folds up, is easily predictable, but the journey to the climax has all the ingredients of a typical entertainer, with few flaws.

When we first meet the four heroines, they’re in school uniform. Theirs is the kind of early sisterhood that predates judgement; they are friends first, before being battered by world and circumstance into becoming the adults they become. All four characters are dysfunctional and broken in their own way, but they are honest and unmerciful, unapologetic, committed to each other. They derive their fierceness from being a unit.

Kalindi’s wedding kicks off her journey to adjust to myriad changes once placed in the set-up of a married life. From being extra cautious about what she speaks to Rishabh’s relatives to adapting to a completely different style of dressing, and giving special attention to in-laws, there is an endless list of adjustments and challenges which she never saw coming.

Four friends dealing with life, love, marriage and heartbreak isn’t an unheard of concept. But what makes ‘Veere Di Wedding’ a unique prospect is that here the pack of performers, is led by four independent ladies who make their choices, stand by them and have the guts to live their life the they want. There’s nothing holding back these gutsy girls. They speak their mind with fearless abandon. They giggle and laugh over and analyze their own situations in life with a certain objectivity, which many may or may not agree with. It’s refreshing to see a film present its women characters, in not just a progressive light, but also with umpteen flaws and cracks. It gives them the freedom to make mistakes and move on and that’s the beauty of it. The girls don’t feel compelled to explain themselves or justify their actions, and that is one of the highlights of the film. None of the jokes made are loutish. The dialogues aren’t thoughtless. The situations aren’t unreal. And not even once do you feel the gags are being stretched infinitely.

In theory, the film is about accepting everyone the way they are; only if its execution could have carried off its lofty ideals. The plot forces characters to stay on two modes largely – highly emotional and ready to have fun. In its own subtle way, the film also tries to subvert the male dominant stereotype.

The script is too confusing, even the editing is not up to the mark. We often face forced feminism, unaltered boldness, adult humor and unnecessary abusing in the screenplay and dialogues. The film will surely make a certain section of audience uncomfortable, especially if you are watching it with the whole family. As an ensemble piece, with multiple sub-plots moving towards the same conclusion, the film feels cluttered and unsatisfying. With such a big cast of performers, the director, script writer and editor could have been teamed for a better venture. 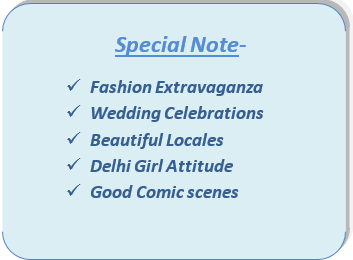