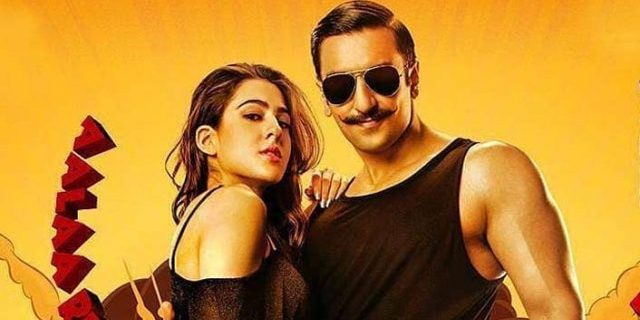 Singham (Ajay Devgn) narrates the story of a notorious cop Sangram Bhalerao fondly called Simmba (Ranveer Singh) growing up in the same village as him. So, from childhood, he has vision clear of becoming a police officer but not to do good deeds but earn power and pocket money. He’s crazy, he’s loud but he’s good at heart, Simmba in Miramar (Shivgad) faces the harsh reality of life. He gets involved with the bad people while working for Durva Ranande (Sonu Sood) but there are good guys who help him to realise who he really is. While going through the illegal things happening in the city, Simmba goes into the redemption mode making everything right. The rest of the story is all about how he changes his side for good but face all kind of obstacles through this.

“Mind is blowing,” thunders Simmba whenever something makes him happy. And nothing makes him happier than money. Ranveer Singh as the corrupt police officer is in top form in this massy entertainer. Right from the first scene he captivates your senses with his disarming charm and lives the character of Simmba with zest. His Marathi accent becomes the icing on the cake. But as the film gets progressively serious, we came across with solid action and emotion. Whether it’s the funny first half or the grim second half, Ranveer packs quite a punch.

Director Rohit Shetty, famous for his unique blend of comedy and action, and Simmba, has everything you expect from a Rohit Shetty film. Adapting the main story from the Telugu film Temper, he uses the classic tropes of mainstream commercial cinema from the 70s/80s. The film’s protagonist has a backstory of being a poor orphan who decides to turn into a Cop for all the wrong reasons. But a misdeed happens that causes the ultimate change of his heart.

His love interest Shagun (Sara Ali Khan) is a cute and charmingly pretty young girl but unfortunately has little to do, she’s not there for the major chunk of the story. Infact despite of her caliber, she has nothing valuable to add to the story. Sonu Sood acts well with a super-stealthy physique. Ashutosh Rana is very good as an honest cop.

The humour in the first half is just excellent whereas a bit of drama takes place in the second half, and is filled with many entertaining situations. Also, Shetty has mastered in picturizing the thrilling actions scenes; with the perfect usage of effects.