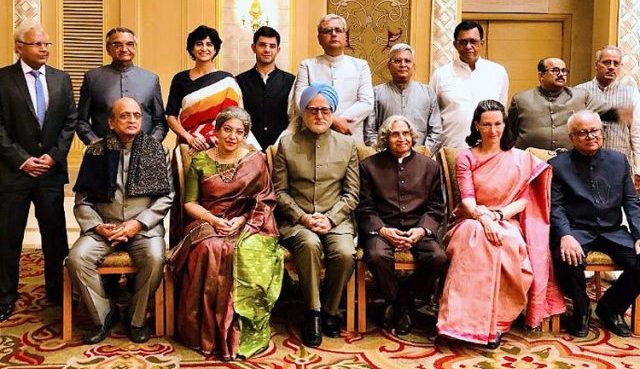 The political drama unfolds slowly but surely into a well-crafted film with Anupam Kher pulling off a convincing act. Chronicling former prime minister Manmohan Singh’s (Kher) time in office and his relationship with his media advisor Sanjaya Baru (Akshay Khanna), The Accidental Prime Minister is based on the eponymous book.  Anupam Kher not just successfully catched the looks of Manmohan Singh, but also did justice to Singh’s soft-spoken demeanour and body language. While the film focuses largely on how Baru struggled with managing Dr Singh’s public image, it also touches upon United Progressive Alliance (UPA) government’s key milestones, like the nuclear deal and Congress President Sonia Gandhi’s undisputed authority within the party.

Kher leads the pack as the submissive Prime Minister, who is sworn-in amidst wide-ranging skepticism within the ranks. His performance progressively grows on you, gradually evoking empathy for his character. Kher makes Singh’s trademark soft spoken demeanor and skittish walk, his own. You will find yourself rooting for him, whether he is mustering courage to do the right thing, or succumbing to the powers that play him. The film bravely names real characters and shows them in the light they are perceived in.

When took office, Singh hired journalist Baru as his media strategist, giving him a front row seat to the workings of the Prime Minister’s Office (PMO) from 2004-08. Akshaye Khanna conveys Baru’s frustration with Singh’s cautious approach, his fondness for the statesman and also divulges not only his own ambitions but squarely establishes the level of interference from the party president and her team.

Anupam Kher takes details of Singh’s walk, voice, mannerisms and exaggerates them. The awkwardly swinging arms, slightly stooped shoulders and timid voice, along with the slant of the story become the dominant image whereas Singh’s sharp mind and towering achievements as an economist of world repute are painted over. Singh’s walk is shown puppet-like, and the former Reserve Bank governor and chief economic advisor is portrayed as someone reluctant to take decisions confidently or without guidance.

Khanna, the narrator of the film, is fun to watch. He often talks directly to the camera, breaking the fourth wall. German actor Suzanne Bernert also gets her Sonia-act correct. While the film largely revolves around Baru’s struggles with keeping the prime minister’s image intact, it also touches upon key political milestones like the Indo-US nuclear deal, the CWG scam and also focuses on dynasty politics and the power that one family wielded.

However, the narrative of the film lacks the style and the pace at which things unfold is uneven. While there are a few good dialogues, the dull way in which the film move, gives it the feel of a documentary. Actors playing Rahul and Priyanka Gandhi don’t have much to contribute. Divya Seth Shah as first lady Gursharan Kaur is impressive with her understated performance. To sum up, the film is entertaining in bits and is an enjoyable watch, if politics is your preferred kind of cinema.