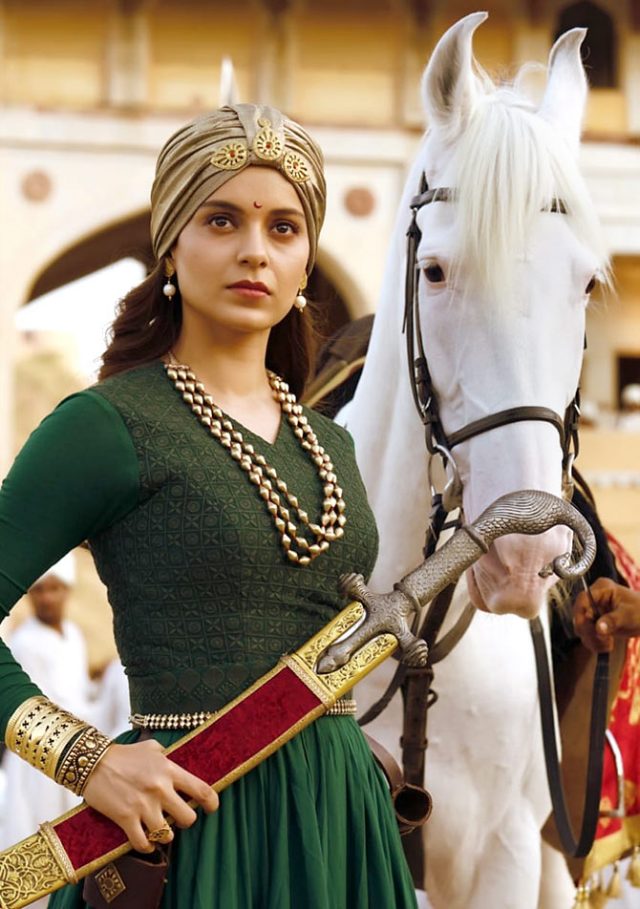 The film starts with Amitabh Bachchan’s magnificent baritone, about how our country is on the radar of British. We meet with a bubbly athlete Manikarnika (Kangana Ranaut) gets married to the King of Jhansi Gangadhar Rao (Jisshu Sengupta). Manikarnika is renamed as Lakshmibai and she takes no time to settle happily with the people of Jhansi.

She becomes the rightful Queen of Jhansi and denies any kind of negotiations with the British. This starts pinching the ego of English rulers as they start to reveal their true colours. Covering many historic moments in a single timeline, we ultimately reach to the one final war. Manikarnika: The Queen of Jhansi is a biographical account of how Rani Laxmibai waged a war against the East India Company. It chronicles her journey from the place where she grew up, Bithoor to becoming the Rani of Jhansi, and eventually turning into a warrior Queen.

Kangana captivates your attention in every frame and grows from strength to strength as the film progresses. This is clearly one of her best performances and the role itself lends ample scope for her to perform. From the tender, beautiful moments of a young girl, to the heavy-duty action scenes from the battlefield soaked in blood and sweat – Kangana effortlessly brings Manikarnika to life. The film sets up a world where the woman wages war, while the men dance. She is gleeful as she shows the men how its done, fencing expertly while running across the backs of horses and onto that of an elephant.  She commands the screen with a fiery, arresting presence, never letting your attention wander away from her.

Much of the information we gather during the course of the film – that Rani Lakshmibai spoke fluent English, had a love for reading, cared deeply for animals, and was fearless in battle but a compassionate mother – is released expressly for the purpose of highlighting her brilliance. Given that the filmmakers declare upfront in an opening slate that they’ve taken liberties with facts, there’s no way to know how much of it is even historically accurate. The film takes us from the ghats of Manikarnika in Banaras, to Bithoor where Manu’s prowess with words and swords catches the eye of the man (Kharbanda) responsible for her marriage and make-over as Rani Laxmibai of Jhansi.

The film does make a brief stab at showing us how Laxmi created an army of women. Other characters come and go. There’s the faithful Ghaus baba (Danny Denzongpa), Tantya Tope (Atul Kulkarni), and a whole series of bumbling Englishmen, who make the mistake of thinking that Rani will be a weak puppet, just like her neighboring princes who have keeled over at the slightest hint of British aggression, and are living on their pensions.

Supporting cast should have been stronger. There are a lot of talented people doing very average jobs. Jisshu Sengupta has a passable performance. Ankita Lokhande impresses a lot being fierce and fiery. Kulbhushan Kharbanda is just about decent. The narrative of the film directed by Kangana Ranaut and Krish, stays on course showing the internal struggle within Jhansi’s royal family and unraveling important historical events during the 1800s. Some incidents like the Meerut Sepoy mutiny of 1857 are used as reference points, but the focus remains on Jhansi’s rebellion against the British.

Few action sequences have not been successful in giving real impact; few scenes are unnecessarily stretched as well. The storytelling is very much simple and plain, which might not be liked by everyone.

Iran’s Withdrawal From The JCPOA And Its Global Implications

Indian dailies have focused on a rapid global response to the new coronavirus shows the progress made since the outbreak of SARS. Newspapers have commended the decisive step towards aligning global financial flows with the need to tackle climate chan...