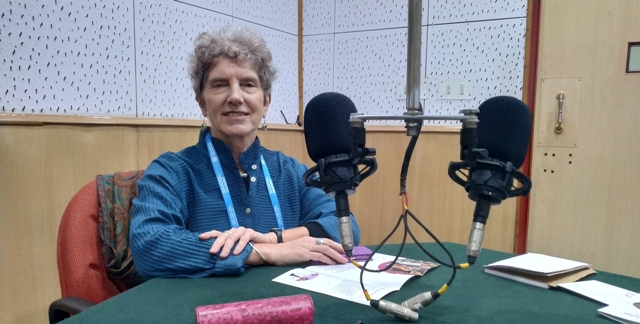 Naresh Sohal went to the UK from Punjab, India, in 1962 with the sole purpose of becoming a composer of Western Classical Music. Over a career spanning more than half a century, he produced a wide range of chamber and orchestral works. His work has been performed by artistes and orchestras of international standing such as the New York Philharmonic, the Israel Philharmonic and the BBC Symphony Orchestras. He was awarded a Padma Shree by the Government of India in 1987  for his works.

Listen to the interview of Janet H. Swinney, wife of Late Sh. Naresh Sohal, to know more about him.