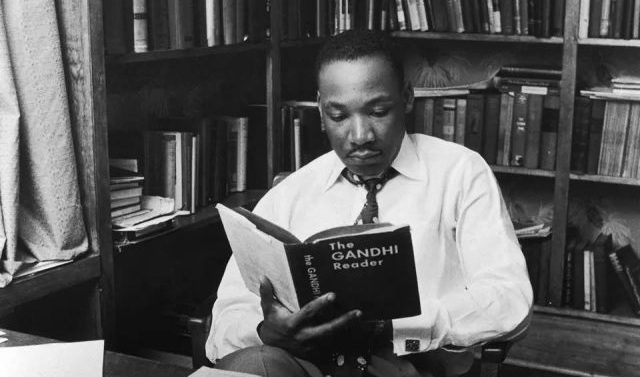 Mahatma Gandhi and the Dr. Martin Luther King, Jr. are two great souls dedicated themselves to twin ideals: service and love. Although Martin Luther King, Jr. never had the opportunity to meet Mahatma Gandhi, his mentors during his student years certainly impressed upon the young man the value of Gandhiji’s experiments with truth. Gandhi and King committed themselves to the ideal of Satyagraha, the path of Truth-force or Soul-force and to the ideal of Ahimsa, which Gandhi expressed not only as non-violence but love.
In 1959, King embarked upon a five-week tour in India. On 9 March, he made a farewell address to reporters at the Gandhi Smarak Nidhi, which later broadcasted on All India Radio. During the speech, King reflected “that the spirit of Gandhi is much stronger today than some people believe”.

Indian dailies have commented on India’s human spaceflight programme that could be trailblazer by an anthropomorphic robot powered by artificial intelligence (AI). Print media has discussed the convergence of interests in between India & Brazil. ...