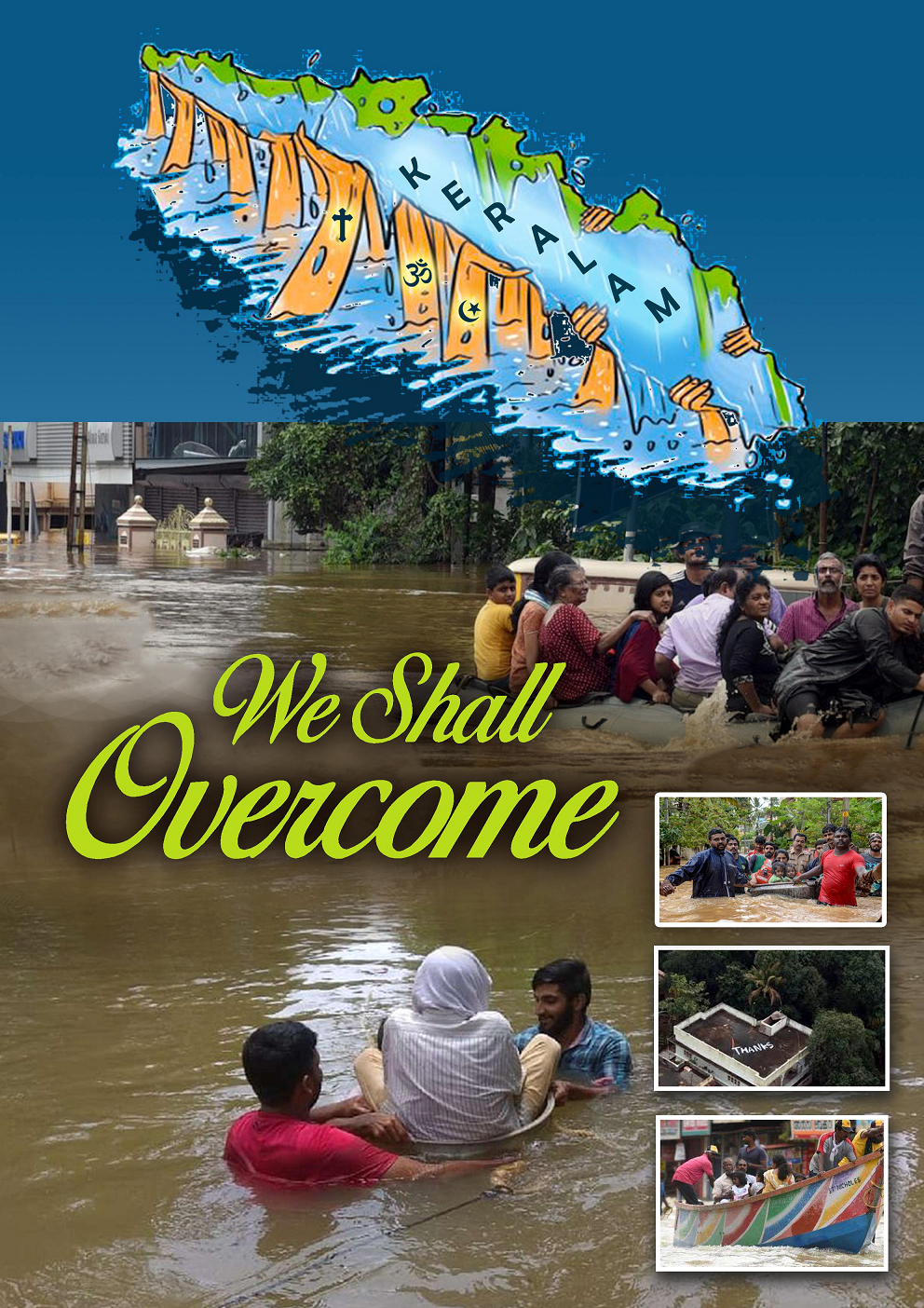 The world is changed by your example, not by your opinion” Wrote Paulo Coelho one of the world’s most popular authors.
The worst ever flood in the state of Kerala, India last year has shown the country and the world, how common man transcending over the divisions, differences, socio-economic disparities, ideologies, political affiliations, creed, and colour have become truly human to overcome successfully the biggest disaster of the century that they faced.   This programme dwells on the brotherhood, unity, compassion, love, positivity and resilience exhibited by the common people, armed forces, bureaucrats, politicians, electronic and social media in rescue, relief, and rehabilitation during the flood and the new, innovative model of disaster management based on the power of the common man.