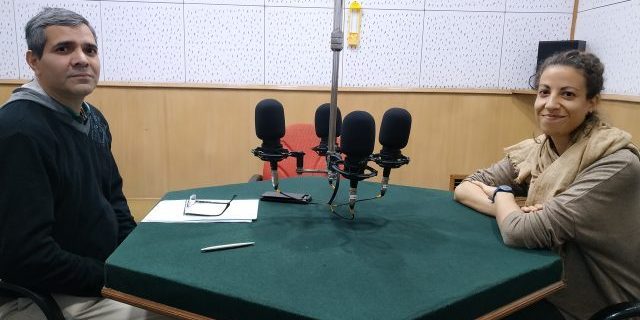 Eva Sanchez is an illustrator from the Spanish province of Girona. She visited India for the first time to attend the  Children’s Literature Fest, where she was helped create the “Revolution in A Jungle” doodle wall for kids aged 10-12. She has won multiple awards, the most recent one being the CCEI Illustration Award ISABEL NIÑO in 2016 for her book Oleg the Giant. She has worked as an illustrator for many books in various languages, including French, Italian, Catalan, Galician, and Spanish. Despite the invention of various products to help artists create art on electronic devices allowing them to erase their mistakes with ease, Sanchez prefers to use traditional means for creating art, and feels more free while doing so.