The cardinal role played by International/External Broadcasting as an instrument of Foreign Policy and Public Diplomacy needs no elaboration.  Nations attach great importance to international broadcasting as a means of projecting their image and point of view abroad.

Due to its colonial link with England, broadcasting came almost simultaneously in England and India.  Similarly, shortly after BBC started its first foreign language broadcast in Arabic in 1938 on  All India Radio entered the domain of external broadcast on 1st October, 1939 purely as a tool for propaganda for the Allies during the World War II with a service  in Pushto language to counter the German Radio Blitzkrieg in the region and supplement  the efforts by the BBC in this part of the world.  At the dawn of Independence,  ESD had to don a new  avatar  as  the  voice  of   an emerging nation, an old civilization, a tool for diplomacy and also effective propaganda machinery at the time of different crises.

Since then the External Services Division of AIR has been a vital link between India and rest of the World, specially with those countries where the interest of India are intertwined because of Indian population, staying in those countries.  Indians, who left their home decades  ago in search of better life today live on every part of the globe and are still interested to know what “The Country of their birth” holds for them.  Naturally External Services Broadcast has been projecting the Indian point of view on matters of national and international importance through its various programmes.

External Services Division of All India Radio ranks high among the External Radio networks of the world both in reach and range covering about 100 countries in 27 languages. AIR, through its external broadcasts aims to keep the overseas listeners in touch with the ethos of India. The languages in which AIR reaches its foreign audience are English, French, Russian, Swahili, Arabic, Persian, Tibetan, Chinese, Thai, Burmese, and Bhasha Indonesia.  The services in Hindi, Bangla, Tamil, Telugu, Malayalam, Kannad and Gujarati are directed at overseas Indians, those  in Urdu, Punjabi, Sindhi, Saraiki,  Sinhala and Nepali are meant for listeners in the Indian sub-continent and immediate neighbourhood.  External Services Division follows a composite pattern that generally comprise of News Bulletins, Commentaries, Currents Events and Review of the Indian Press. Besides Newsreel, Magazine Programmes on sports and literature, talks and discussions on social economic, political historical, scientific and cultural subjects, features on developmental activities, important events and institutions, classical, folk and modern music of India’s diverse regions, form a major part of total programme output.

The dominant theme of all programmes in External Services Division is to present the reality of India as a strong secular, democratic, republic which is  vibrant, forward looking and engaged in the task of rapid economic, industrial and technological progress. The fact of India’s large technical manpower and its achievements and ecological balance are put across in easy and simple parlance.

Similarly, India’s faith in non-violence, its commitment to universal  human rights and international peace and its contribution to the creation of a new world economic order are frequently discussed. External Services Division continues to supply recordings of music, spoken word and composite programmes to about 25 foreign broadcasting organizations under the existing Cultural Exchange Programmes.

External Services Division’s transmission directed to SAARC countries, West Asia, Gulf and South East Asian countries continue to carry the 9.00 p.m. National News bulletin in English originally meant for Home Services. This apart, External Services Division continues to beam all across the globe commentaries on contemporary and relevant issues and press reviews in all its transmissions. 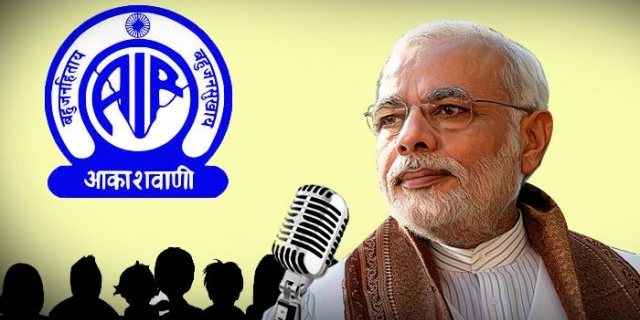